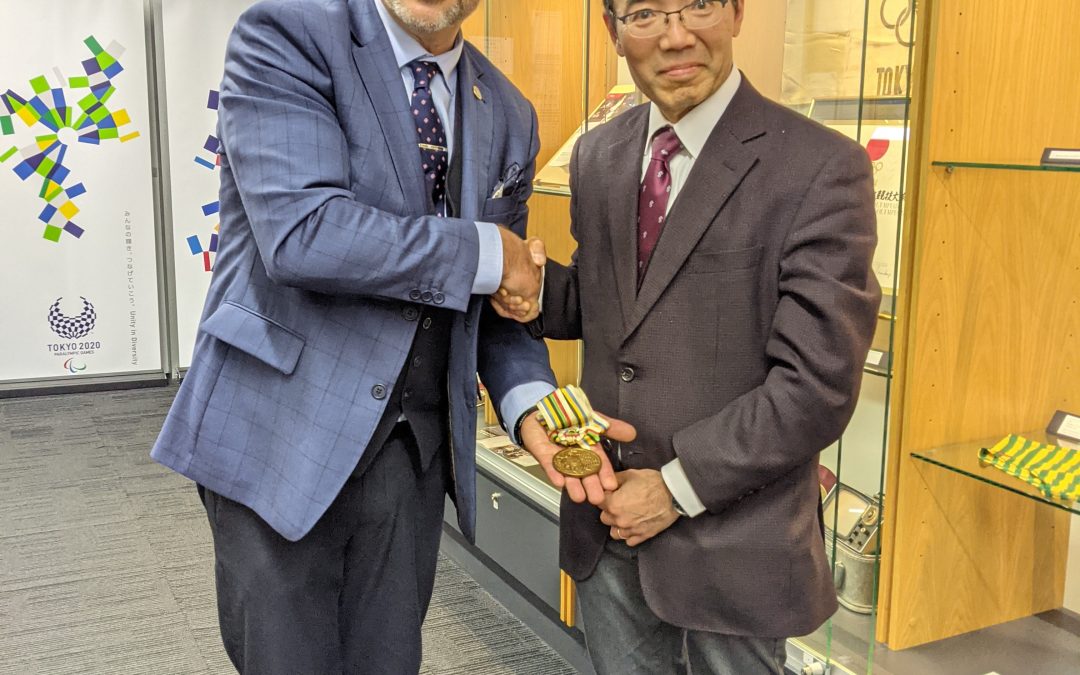 I was very fortunate to have a great meeting with the Japanese Consul-General to Victoria, South Australia and Tasmania earlier this week. Not only has C-G Shimada signified his pleasure at being asked to act as a guest speaker at the forthcoming ‘Olympia’ book launch – alongside the Greek Consul-General to Victoria – but he will also be wearing the official Tokyo 2020 Japanese Olympic team outfit.

The attached photo of the two of us was taken at the Japanese Consulate in Melbourne. C-G Shimada very kindly opened the consular Olympic exhibition and handed me an authentic 1964 Tokyo Game’s medal, won by a prominent Australian swimmer back then.