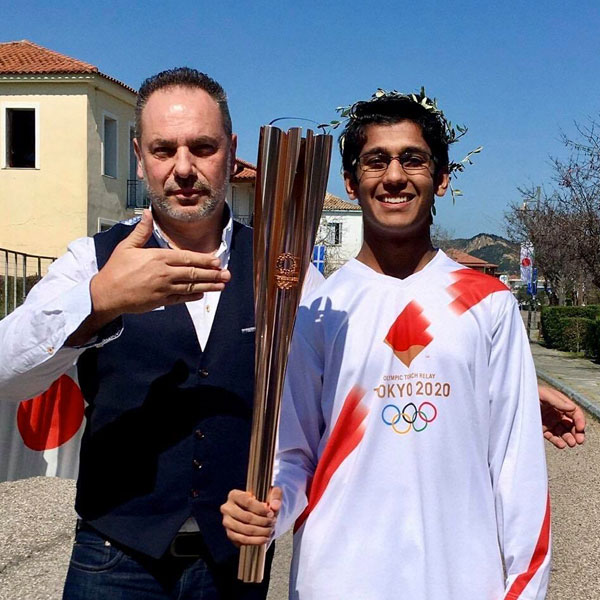 One of the ‘Olympia’ authors, John, at Olympia, Greece, March 2020. This photo was taken directly after the Tokyo Olympics torch-lighting ceremony that was held on the ancient grounds of Olympia, home to the first Olympics (and for more than a 1,000 years onwards). He stands with Atharva Vispute, appointed by the American Olympic Committee to be the US Young Champion Ambassador. Atharva was the No.5 Olympic torch relay runner that year and he proudly holds the official 2020 / 2021 Tokyo Games torch.